We cover why the base 14 inch model is likely the best 2021 M1 MacBook Pro for most people. The base 14 inch Macbook Pro is excellent for the price and what it delivers. 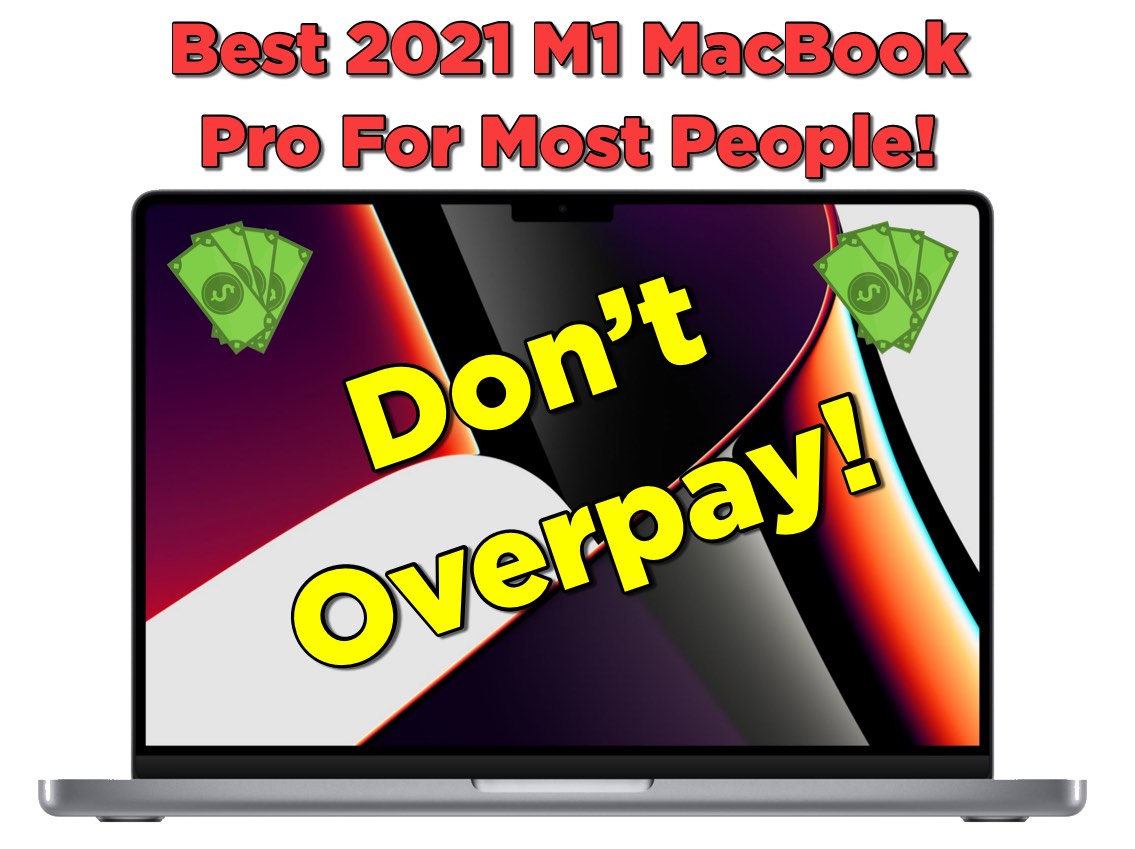 Apple recently revealed the new 2021 M1 MacBook Pros in both the 14 and 16 inch size.  These new 2021 M1 MacBook Pros are one of the best laptops available and Apple has delivered on EVERYTHING we were looking for.  Choosing which exact laptop to buy though can be daunting as there are quite a bit of configuration options considering you can choose between the M1 Pro and the M1 Max with a variety of cores for the CPU and GPU along with the different overall sizes of 14 inch and 16 inch.  There are also multiple memory and storage options with all different price ranges.  In this post we are going to cover why the base 14 inch model is the best 2021 M1 MacBook Pro for most people and creators. 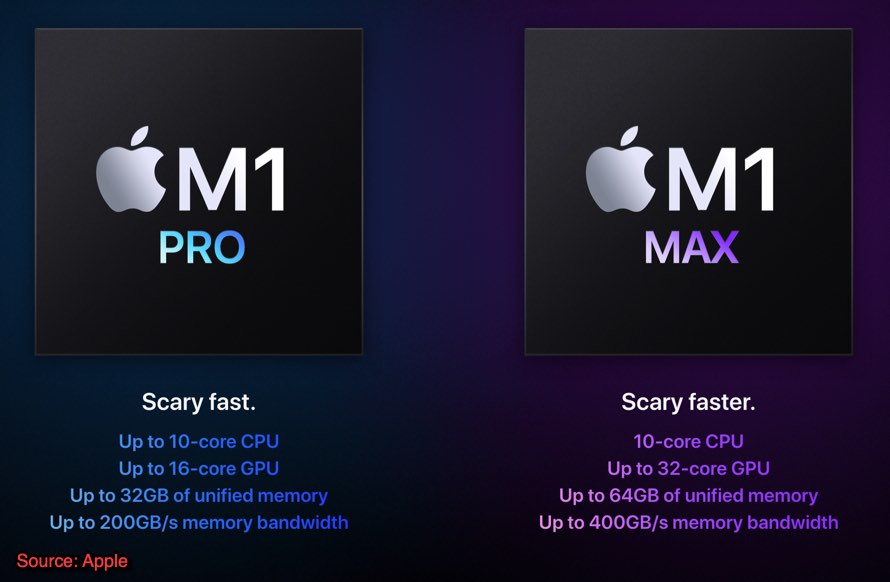 Let's start with the M1 chip within the 14 inch MacBook Pro.  The M1 chips within the latest Macs are incredible and the architecture of the chips are a giant leap forward from many legacy systems using Intel and AMD X86 and X64 processors.  Apple's M1 chips basically put the entire system on a single chip (CPU, GPU, I/O, Neural Engine) with shared memory thus removing the need for constraining tasks such as copying data back and forth between and CPU and GPU, which results in a highly efficient system.

The base 14 inch MacBook Pro includes 16GB of RAM that is shared between the CPU and GPU as covered earlier.   The memory bandwidth is now around 3 times faster with the M1 Pro chip at 200GB per second.  Thanks to how MacOS compresses and manages RAM, this will definitely be enough for most people to have a great user experience.  Even with many browser tabs open and heavy processing tied to content creation applications running the base 14 inch MacBook Pro will handle most user processing scenarios well.  One should only need more than 16GB of RAM if they are using applications they know will be very memory intensive such as running memory intensive databases, exporting tons of photos or videos, and editing 8K or RAW footage.

The storage on the new MacBook Pros is faster than ever.  As a data professional, not too long ago, we were super thrilled to get ~1GB a second I/O throughput.  The new MacBook Pros can get basically up to the same throughput as the fastest servers I've worked with at 7.4GB/s. The speeds are affected by the amount of storage in the MacBook Pro. The more storage, the faster the throughput. The minimum 512GB SSD has a throughput of 4.X GB/s which is VERY fast. For almost all use cases, the difference between 4.X GB/s and 7.4 GB/s won't be noticeable. The amount of storage one should purchase will really come down to their use case.  We do quite a bit of video editing and edit off of multiple external drives as it works best for our workflow.  The key is to use external drives with at least ~500MB/s throughput with the proper adapter.  At around 500MB per second, we have not hit any constraints while editing multi-camera 4K video footage.  If you have super high throughput needs such as multiple 8K RAW files, you could use multiple external drives.  For long-term storage, we keep important files on a QNAP NAS, another redundant drive, and in the cloud.  Our 2017 MacBook Pro has a 512GB SSD and still has over 200GB left with all of the creator applications we use such as Final Cut Pro X, Premiere Pro, DaVinci Resolve, Photoshop, etc.

Size and Portability = Not Too big & Not Too Small

The size of the 14 inch MacBook pro is perfect for most people.  At 14 inches, well 14.2 actually, it provides users a great amount of screen real estate and has the device has the dimensions of .61 inches tall, 12.31 inches wide and 8.71 inches deep.  This size, combined with it only weighing 3.5 pounds, allows for great portability and the 14 inch MacBook Pro won't feel too overwhelming to carry around on business trips or vacation. 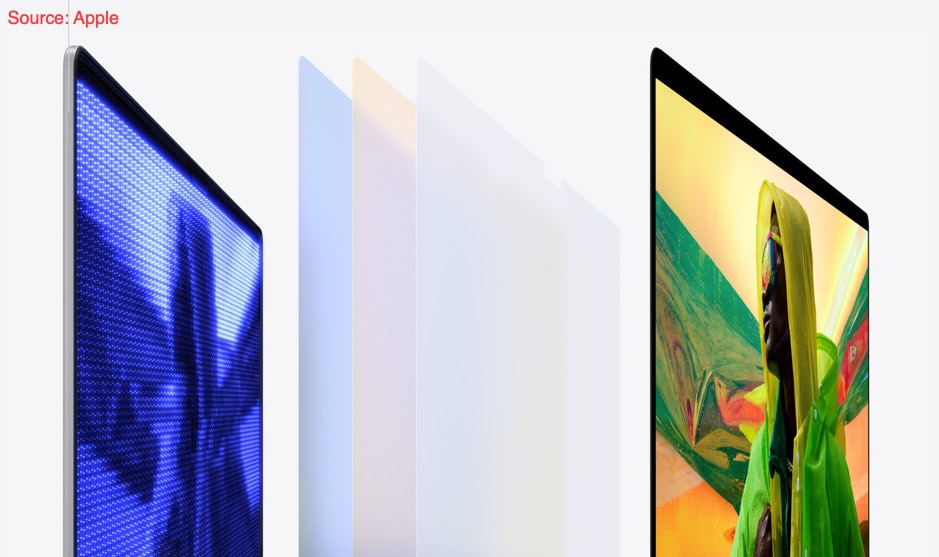 Improving the retina display was a critical feature we were looking for with the new MacBook Pros.  Thankfully, Apple brought the insanely impressive mini-led ProMotion 120Hz display with a 1000+ nits (a nit = the light from a candle) brightness from the 12.9 iPad Pros to the new MacBook Pros.  When you combine the brightness, color, clarity from the additional pixels (254 vs 227) from the previous retina displays, the smoothness from the 120Hz ProMotion when scrolling along with the Apple touch pad and improved speakers, which were already amazing, I'm not joking when I say it is the best viewing / consumption experience I've had on a device ever.  It is hard not to smile when initially seeing it.  Thankfully, this is included with the 14 inch base MacBook Pro.

HEVC / H.265 is a newer video file format that allows video files to be much smaller than other formats and thus are great content creation and editing workflows.  It is important to be aware of the HEVC H.265 transcoding the M1 processors are capable of.  The M1s are excellent for when working with HEVC H.265 footage which is quickly becoming the new standard for compressed videos.  The iPhones  and latest higher end cameras from companies such as Canon and Sony have been able to record in this format for quite some time and the M1 MacBooks are one of the few computers available capable to transcode HEVC footage pretty easily. 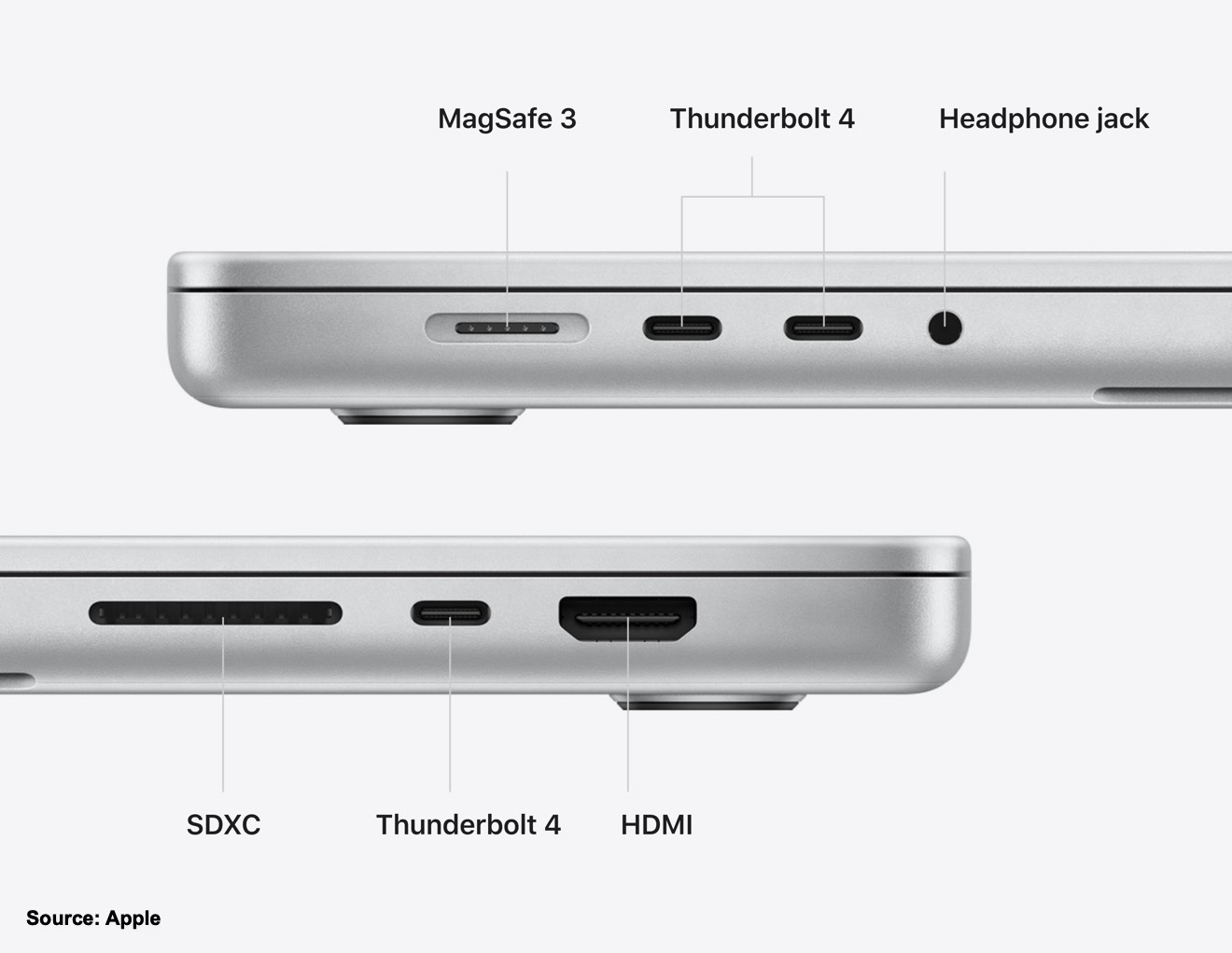 For some reason, Apple removed what many of us loved when they took away the HDMI, SD Card, and MagSafe charging.  Thankfully, with these new MacBook Pros, the ports are back and we couldn't be more excited.  Having to find a dongle to copy or view a file off of an SD card or connect to a display with HDMI is just frustrating.

MagSafe, Apple's magnetic based charger, is back too.  MagSafe can save a lot of drama, especially if you have kids and / or animals running around as the cable magnetically attaches to the laptop.  What is also nice is the charging cord is detachable from the charging brick.  I've seen so many worn out cords at work that needed to be replaced.  Therefore, it is great to see we can buy a new cable separately to minimize cost and waste.  Those that enjoyed charging via the thunderbolt ports can remain happy as you can still charge the 14 inch and 16 inch MacBook Pros via the thunderbolt ports.

Storage
While it really comes down to personal needs, one of the best bang for the buck upgrades would be to increase the storage to 1TB for only $200 more.  As covered, the storage performance is super fast and for the price, is not a bad deal.

CPU
Moving to the fastest CPU available will only cost $200 more and will provide around 70% more processing power than the previous M1 Macs and is VERY close to the Geekbench performance score of the Mac Pro 16 core XEON which cost $7,999 with minimum specs.  Moving to this CPU will also include the 96W Power Adapter which provides up to a 50% charge in only 30 minutes.  This could be a good upgrade if a bit more processing power is needed and this upgrade will give you around 20% more.

GPU
Doubling the GPU from the previous generation to 16 cores, along with the previous upgrades just mentioned can be found in this 14 inch MacBook Pro. This model will be an even more future proof model with the highest CPU, more storage, and a very nice GPU. With this combination, one would have a very portable and very powerful laptop that should satisfy its users for multiple years.

This MacBook release has generated a TON of buzz.  It is great that Apple has worked hard to provide us with amazing machines with a variety of configurations.  We do believe the base model will be great for most people and thankfully, there are a variety of options available for users to customize the laptop specific to their needs.  We are super excited to start using ours when it comes in and will provide more feedback as we spend more time with the machine.

We are an Amazon Associate and work with other programs and we may earn a small commission from qualifying purchases you make by using our links at no extra cost to you. Thank you!